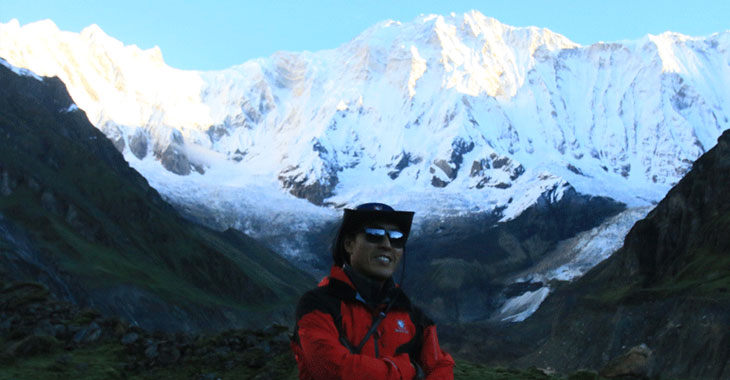 Annapurna-I Mountain is lowest 8000m peak in earth and is located in central Nepal . It has six peaks. among them the highest is Annapurna-I. In Annapurna massif is 55km long of Himalayan range and cut by Kali Gandaki river, separate in Dhaulagiri. In Sanskrit it means the goddess of harvest. It is the north side of Pokhara valley. The main summit is to the west of Annapurna sanctuary. Annapurna-I 8091m was first climbed by a French expedition 1950.. A French Expedition led by Maurice Her zong explored the Kali Gandaki valley in 1950. After descending Dhaulagiri was too difficult, the turned their attention to combing Annapurna. Hampered by inaccurate maps, they spend considerable time and effort finding a way to the food of the mountain. They eventually ascended via Miristi Khola to the north face of mount Annapurna first and made what was the first ascent of any 8000m. Peak on June 1950, just before the start of the Monsoon. The Summiteers suffered frostbite on descends wand were finally evacuated back to the road head in India. Annapurna-I was not climbed again until 1970, when British army expedition followed essentially the same route as Herzog. At same time Cris Boning led successful British expedition to the very steep and difficult south face. With only 109 ascents, Annapurna has had fewer successful climbs than any other 8000m peak.